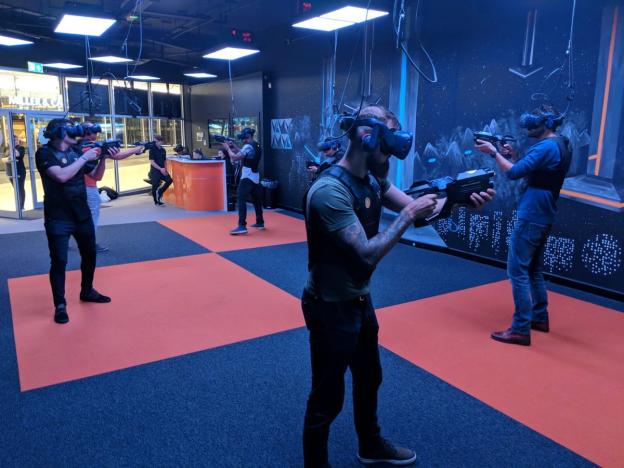 Which Solution Should Your VR Arcade Use?

From labeling the HTC Vive as a waste of time to opening up 3 VR Arcades in the space of 2 years, Colin Parnell is a Filmmaker turned VR Devot and thriving technology entrepreneur. His VR Arcade franchise the CentreVR opened up with two locations in August 2018 and now a third in February.

”Around 2 years ago I was directing the cameras on a live show in Birmingham called “Gadget Show Live.”

”Until then I had thought VR was a dumb waste of time and knew nothing about it. The crew were offered a try in the Vive and I thought I may as well see what all the fuss is about. The moment I put it on it changed my life going forward.”

When Colin went home, he was buzzing with ideas on how to create a business around this exciting new technology. He then purchased and HTC Vive, and fired it up every day after work to try to understand how he could turn the hardware into a profitable business.

Which Solution should I use for my VR Arcade?

“I then researched online and found Springboard, Tower Tag and a whole bunch of other software to work with.”

After demoing the Tower Tag, Colin had his mind made up on what product he’d be using for his first two VR Arcades

“Tower Tag was easy to run, with a simple operator menu, used only one controller, which was also a cool real gun, worked with the haptic vest, and I could see this would be an easy to run set up.”

Since its launch, Tower Tag has become one of the most popular selections at their venues. Simple to learn but difficult to master the team at CentreVR almost always offer Tower Tag as a first choice.

“Tower Tag is definitely a great experience to offer for kids and adult parties too. We run them and it is almost always the first thing we offer.”

With the year only at it’s beginning CentreVR is planned to grow even more. If there isn’t one in your area you can expect one to pop-up soon!

Want to try out Tower Tag for your own VR Arcade? Send us an email and request a FREE 14-day demo, here.